An impact survey of the farmers supported by SAZ in 2017 has shown significant improvements in yields as well as a 300% improvement in farming incomes. All 100 farmers on the scheme said they were better off as the result of the intervention. Some bought roofing sheets for their homes, others bought ox-carts, and others could afford to send their children to school.

The reason for the improved yields could be contributed to quality seed, training, and reasonable rainfall. The increase in income was due to the higher yields and the better price paid by SAZ.

We have concluded however, that without radical reform, subsistence farming in Zambia will continue to be vulnerable. Improvements must be made in collaboration, specialisation, automation, irrigation, price controls, and selective marketing.

While SAZ will continue to support the farmers on the present scheme, there is a compelling case for further investment to allow the scheme to expand both in the Eastern Province and into other regions

The grade seven final examinations are an assessment of each child’s ability based on what they have been taught from grade one through to grade seven.

Passing grade seven means they have obtained a basic education in literacy and numeracy, enabling them to read simple text, and to write at a level whereby they can express thoughts and ideas, as well as performing basic numeric calculations. This level of education gives children the basic life skills essential for day to day life.

During the 2017 academic year, out of the 190 children on the scheme, 21 were doing grade seven. Considering the background of these children we are pleased to report that 17 (80%) have passed their exams and have now moved on to grade eight.

The table below, shows the grade seven results analysis.

The grade 9 examinations determine the children’s readiness to proceed to secondary level education. It examination covers what they have learned during grade 8 and 9. It is also known as the ‘high basic level’ of education.

During the 2017 academic year, 29 of the children sat grade 9 exams of which 15 fifteen passed and have now proceeded on to grade 10.

The grade 12 final exams conclude the secondary education and, depending on their results will be the stage when they decide whether to go on to further education at one of Zambia’s universities or colleges.

This is a major point in a child’s education since it will determine job opportunities and career options for the future.

Since it is so important, we will always allow a child to re-sit grade 12 if necessary. In 2017 12 children sat grade 12 and although we are still awaiting some results all so far have reported that they have passed.

All the children on the scheme come from difficult backgrounds and it is unlikely that many of them would have had the opportunity to attend school if it wasn’t for the generosity of those who support them. Based on the exam results we consider the scheme to be worthwhile. The cost of giving a child an opportunity to succeed in life can only be measured by their contribution to society throughout the rest of their lives. And, since most of them profess to be Christian, then their contribution in public and private witness could be far greater.

Jeremiah, a former SAZ college beneficiary with two of his pupils at a school in Kitwe

During this period, seven college students were on the program , and one has since completed his diploma in primary education, in  Kitwe. 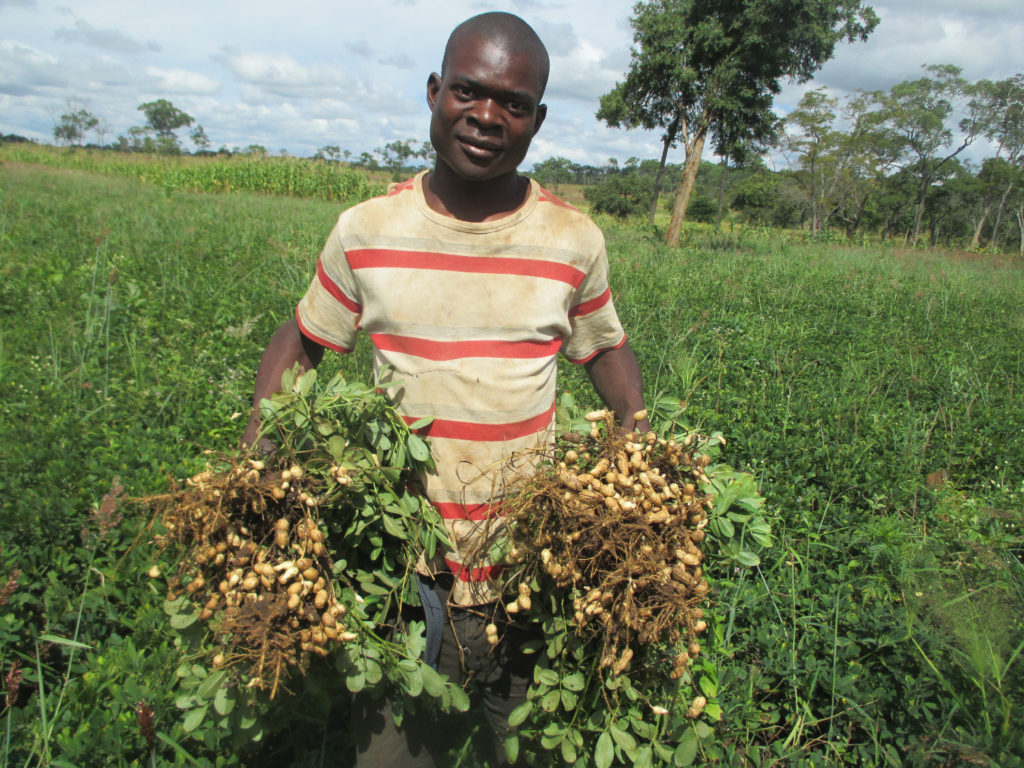 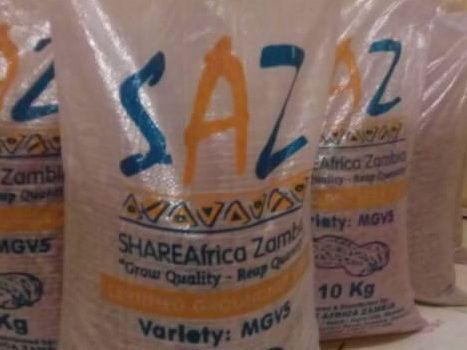 The SAZ Seed Farm grows certified seed to distribute to supported farmers and for general sale. 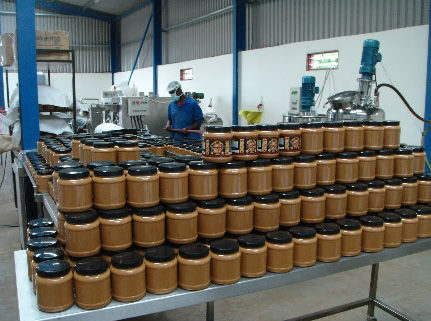